Do You Know Where You Are?

Jerry and Joan took their daughter Jill to church to enjoy a night of music. The crowd was larger that usual and Jill became separated from her parents. Frightened, they went to the pastor and told him their predicament. He went to the pulpit and announced, “Jill Williams has been separated from her parents and is lost. If you hear me, Jill, will you please come to the front where your parents are waiting?”

Nothing happened. In great fear the parents went to the police and reported their daughter missing. Then after a time of prayer, the musical concert began. At the end of the concert, and as he was about to pronounce the benediction, the pastor noticed Jill sitting on the front row. Bursting with excitement, he shouted, “We’ve found Jill! Let’s thank the Lord.” He then went to Jill and said, “Why didn’t you come to the front and let your parents know you were here?”

Looking surprised she said, “Did you mean me? You said Jill Williams was lost. I’m Jill Williams but I’m not lost. I’m right here. I knew where I was all the time so I thought it was some other Jill Williams you were looking for!”

Jill did not consider herself lost. She felt safe and secure where she was. Unfortunately, there are many others like her thinking they are safe and secure even though they are traveling through without the Lord. The Psalmist wrote, “I have strayed like a lost sheep.” He was aware of his condition and recognized that he was lost. Knowing this, he wanted to get back to his “Shepherd.”

Prayer: Lord, we often think we are where You want us to be. May we take time to make sure we are with You. In Jesus’ Name, Amen.

Scripture for Today: Psalm 119:176 I have strayed like a lost sheep. Seek your servant, for I have not forgotten your commands. 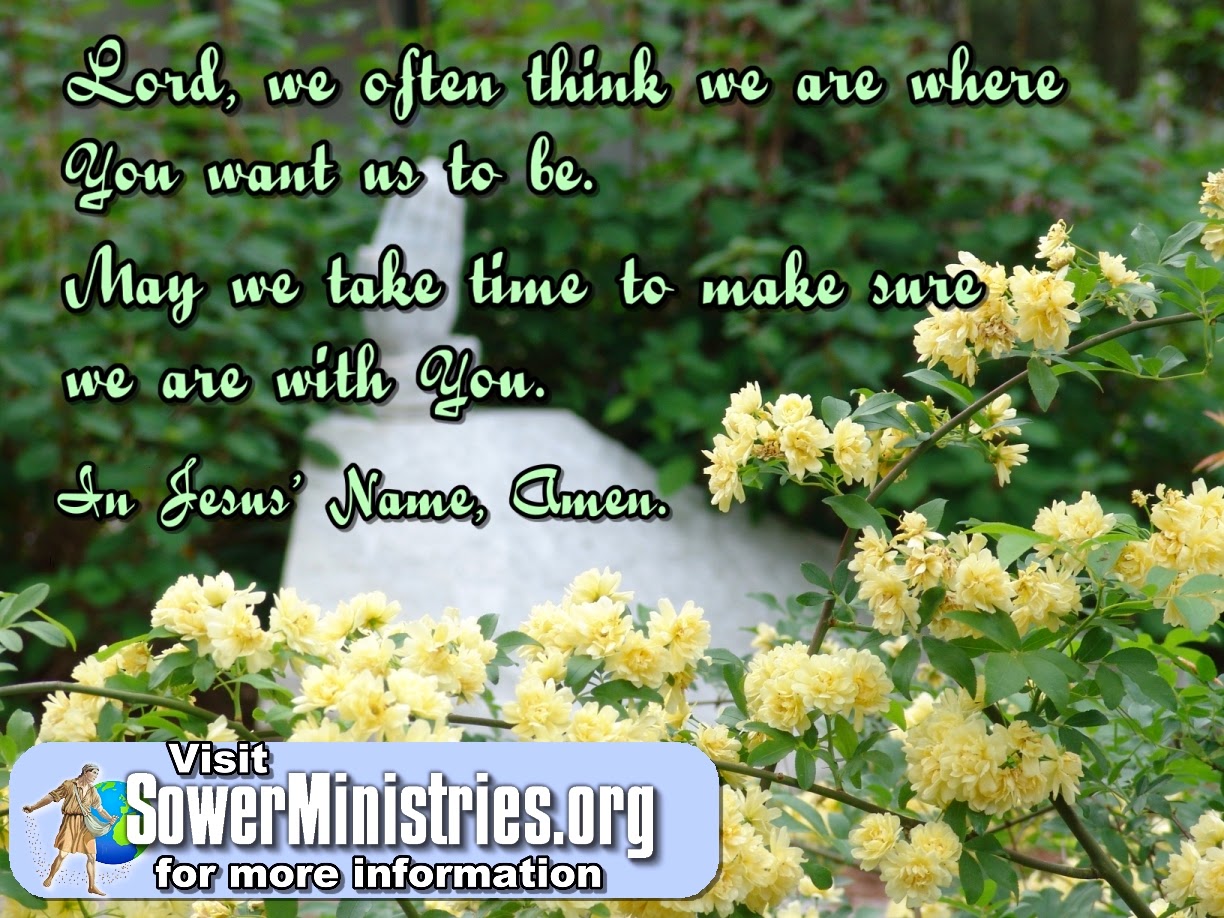