Our Source For Safety

What our family and friends call us usually depends on how they see us or our personality or some particular trait or habit. A good example of this was the name given to Thomas Jonathan Jackson, a Confederate general. He was responsible for commanding his brigade in the first Battle of Bull Run.

Soon after the battle began his men realized that they faced an overwhelming force of men with what they understood was an unlimited supply of ammunition. But General Jackson and his men stood their ground and fought fiercely.

“There stands Jackson like a stone wall!” exclaimed an officer. That name fit his personality so well that he was always called “Stonewall” Jackson after that.

One day he was painfully wounded in battle. One of his captains asked, “General, how is it that you could keep your senses and appear so utterly insensitive to the danger in the storm of shells and bullets that rained about you?”

“Captain,” explained “Stonewall” Jackson, “my religious belief teaches me to feel as safe in battle as I feel in bed.”

The Psalmist had that same sense of God’s presence and security when he wrote, “You are my refuge and my shield: I have put my hope in Your Word.”

The Lord’s protective “shield” is always around us and no matter where we are He is our “refuge.” Those who trust in Him and follow His “commands” will always be protected.

Prayer: How great is Your faithfulness, Lord, and how blest we are to have Your protection, night and day, in peace and in conflict. In Jesus’ Name, Amen.

Scripture for Today: Psalm 119:114 You are my refuge and my shield; I have put my hope in your word. 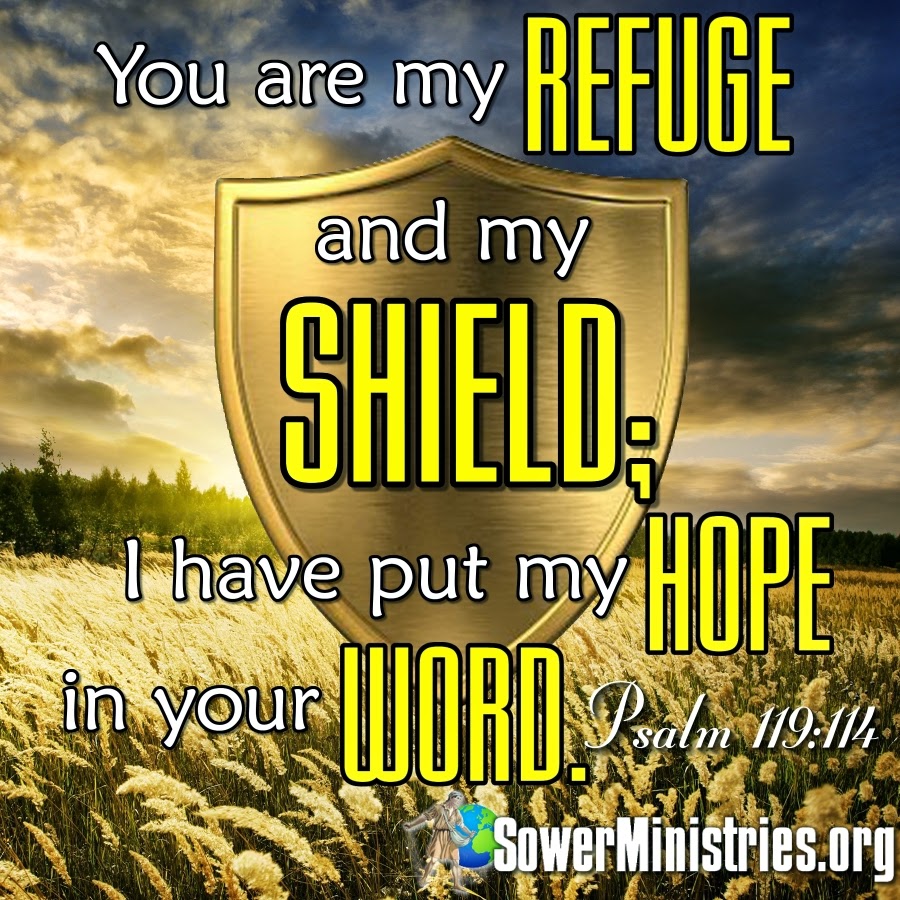