Who's Watching Over You?

C. I. Scofield has long been recognized as one of the world’s most influential theologians, ministers and writers. For many years the Scofield Reference Bible shaped the thoughts of Christians and their interpretation of the Word of God. But Scofield did not begin his career as a student of Scripture. He intended to be a lawyer.

On one occasion he confessed to a friend, “I was once a drunken lawyer visiting some friends in Saint Louis when I was converted. No one had ever told me anything about the keeping power of Jesus Christ. But I was standing before a picture of Daniel in the den of lions one day, and a great hope and faith came into my heart.”

“I said, ‘Why, these lions are all about me – my old habits and sins – but the God that shut the mouths of the lions for Daniel can shut them for me.’”

And the remainder of his life proves that fact!

The Psalmist wrote, “The Lord will keep you from all harm – He will watch over your life.”

The Lord wants to watch over us as though we were the only person in the world. He knows all about us: our strengths and weaknesses, our assets and liabilities, what tempts and threatens us, what troubles and tries us. And even though He has the same “responsibility” for each of His children, He is able to pay attention to each one of us as though we were the only one that mattered.

Prayer: Thank You, Father, for the assurance that Your protection does not depend upon us, but upon Your grace! In Jesus’ Name, Amen.

Scripture for Today: Psalm 121:5 The Lord watches over you— the Lord is your shade at your right hand; 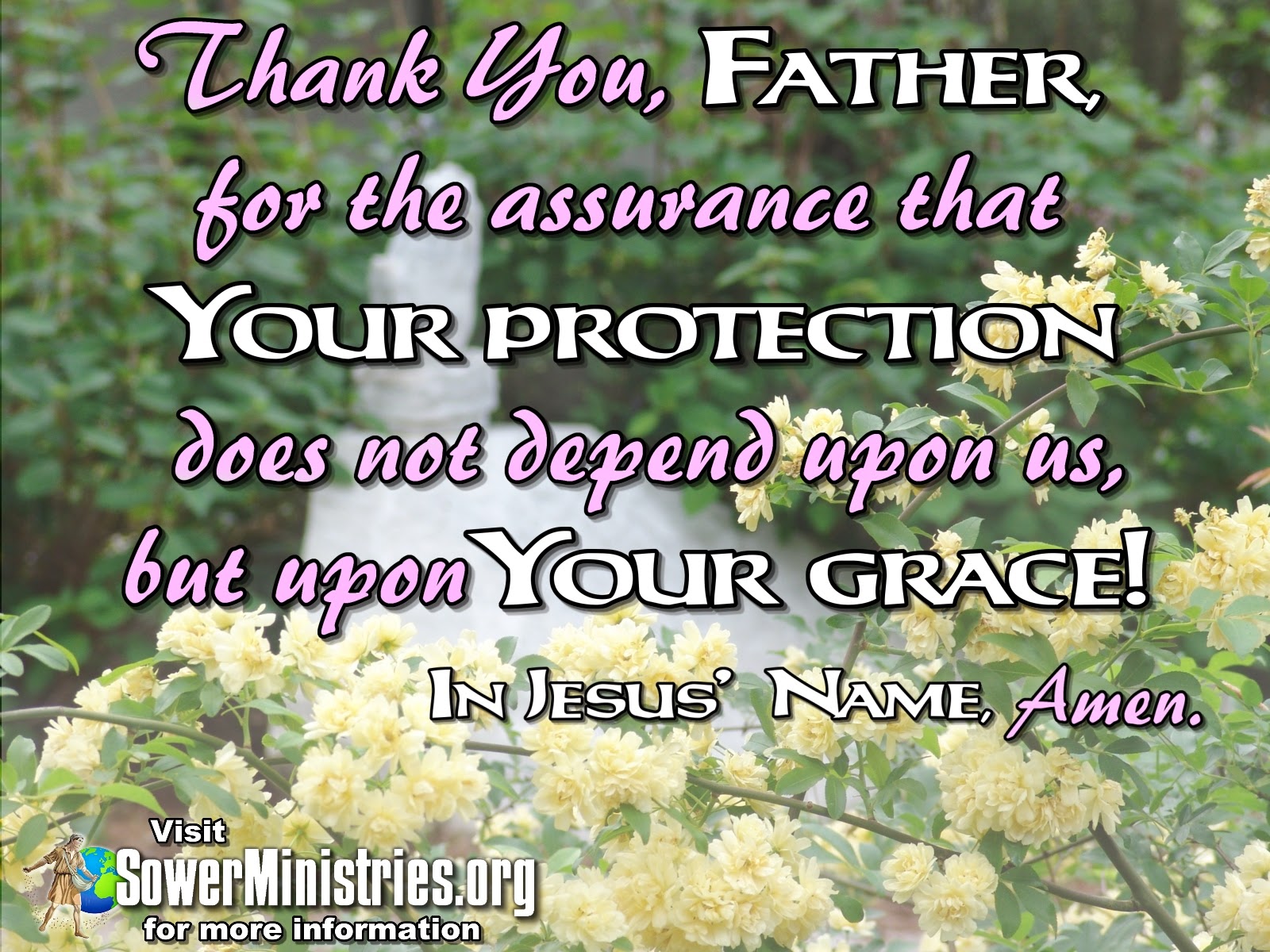