The Island of Corregidor stands at the entrance to Manila Bay. To capture the island from the Japanese in World War II resulted in the death of many of our soldiers. It left countless others with scarred bodies and mangled limbs that made living difficult.

Once during heavy bombing, a chapel was hit and everything in it destroyed except a pulpit Bible. A soldier who had been hiding nearby discovered it and took it with him to his tent. Every night before he went to sleep, he would read it, then place his head upon it and meditate on his readings. Before falling asleep he would ask God how he could put into practice what he read.

When the soldiers were finally captured, they were transferred to a prison and were allowed to take one item with them. Many of them took a blanket. However, he chose to take his Bible.

The following months almost defy description. The conditions were merciless whether they were on ships or in prisons, in boxcars or on daylong marches with little food or water. Many dropped dead but he survived and carried his pulpit Bible with him. Nothing else mattered to him.

Finally, they were settled in a horrible camp and allowed to organize a church. One of the soldiers asked, “What are we to do without a Bible?” Hearing this he took his Bible and presented it to his commander. It gave them hope and help and thousands found the Lord as Savior.

The Psalmist wrote, “I love Your commands more than gold, more than pure gold.” God, not gold, gives life.

Prayer: May we realize, Father, that only Your Word offers eternal life and a hope that brings peace and joy. In Jesus’ Name, Amen.

Scripture for Today: Psalm 119:127 Because I love your commands more than gold, more than pure gold, 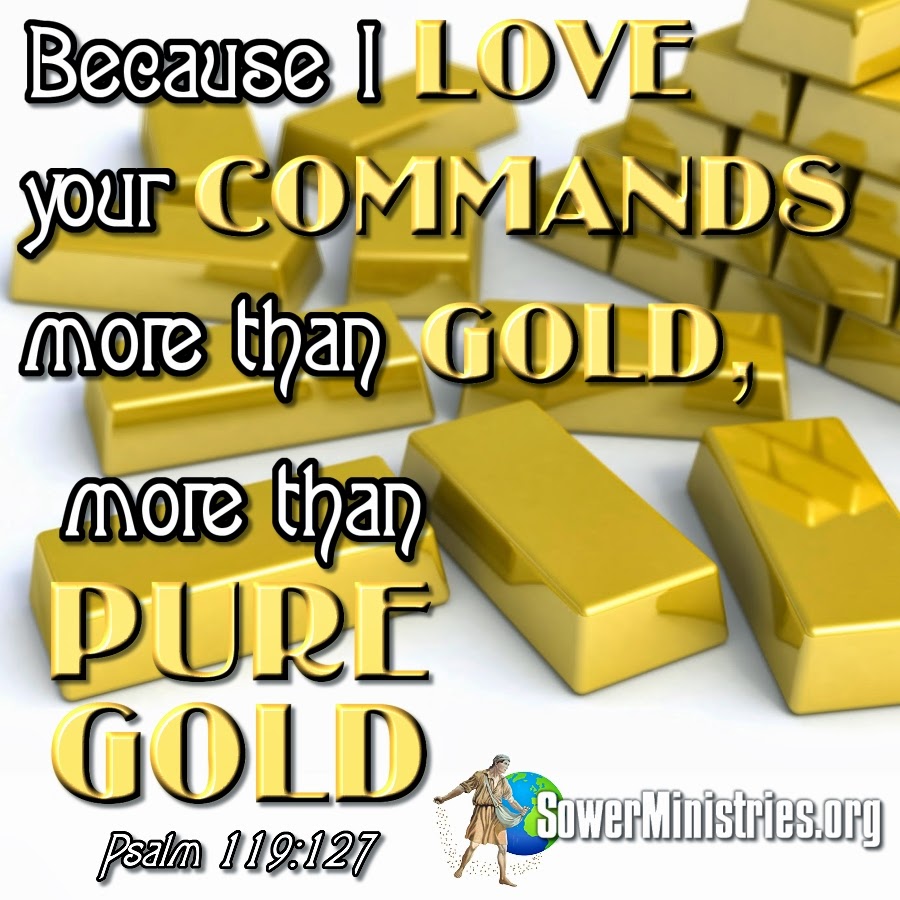