\In 1787 the HMS Bounty was sent to the Pacific Ocean on a botanical mission. After some time at sea, a seaman, Christian Fletcher, led a mutiny against Captain William Bligh. He and eighteen of his men were forced off of the Bounty on a small vessel.

Most of the mutineers who remained on the Bounty were able to escape to Pitcairn Island. Among them were sixteen men and twelve native women who decided to form a colony. It was not long before the men learned how to make liquor. Soon the island became a place where drunkenness and disorderliness were a way of life. In a few years fifteen of the sixteen men were dead. The only one who survived was John Adams.


One day he was searching through an old chest that the men had taken from the Bounty. In it he found an old, tattered Bible. He opened it and shortly after he began to read it, the Holy Spirit spoke to his heart and he became a Christian. Immediately, he began to study the Bible and was so moved by its message of hope that he began to teach others the Word of God.


About twenty years later an American ship visited the island. Much to their surprise, they found a culture that was founded and governed by Christian principles. There was no crime, no racial strife, no alcohol abuse and no social problems. When Adams was asked how this came to be, he simply responded by saying, “The Bible.”


“The unfolding of Your words gives light,” wrote the Psalmist. God’s Word will bring right living if followed.

Prayer: Lord, how wonderful our lives will be when we follow Your ways. Give us courage and willingness to obey. In Jesus’ Name, Amen.

Scripture for Today: Psalm 119:130a The unfolding of your words gives light; 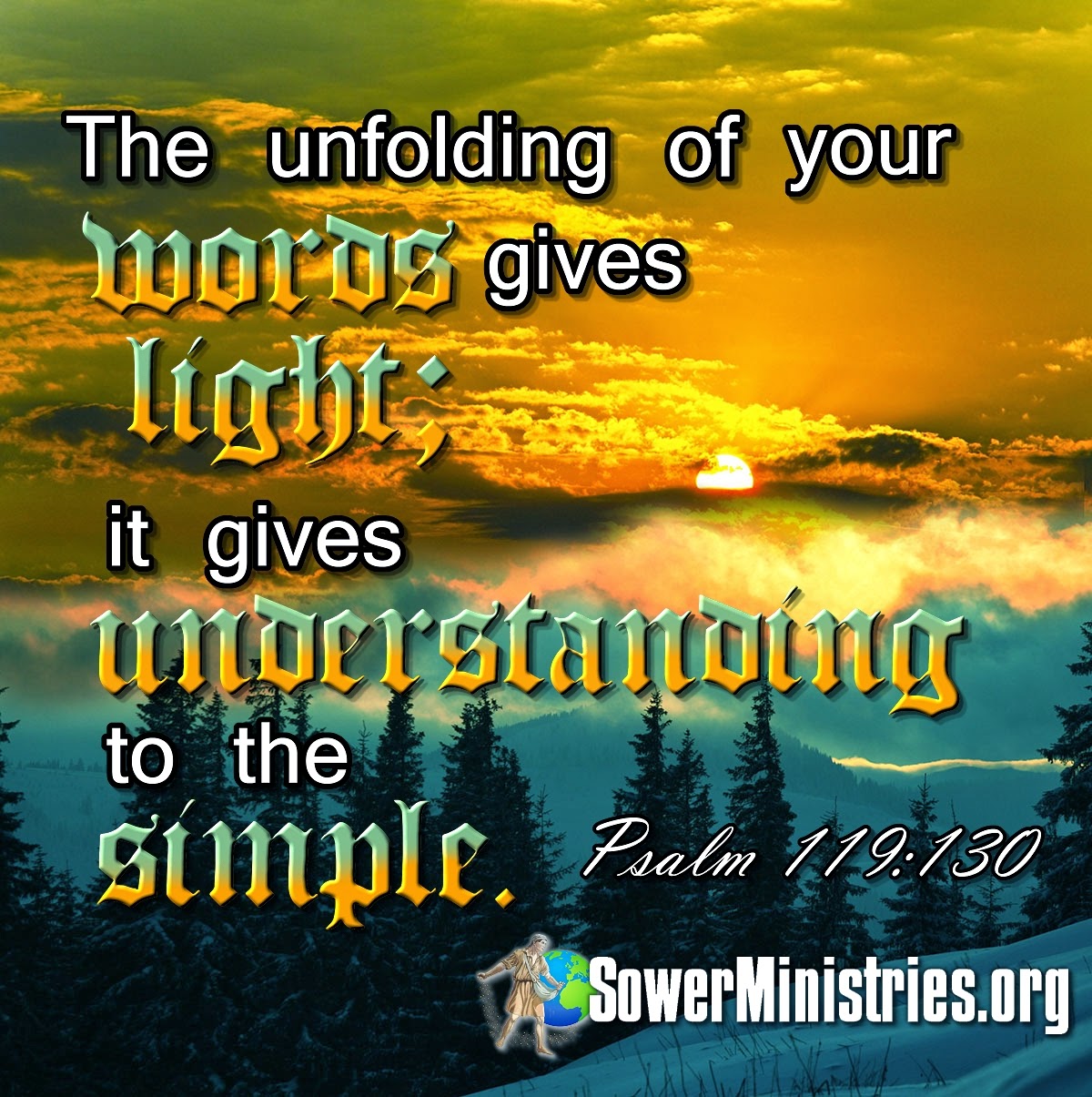